Since the eBay conference was the catalyst for my Chicago pilgrimage, the four days I spent in the land of my mission nativity was peppered with auction-related activities, entirely made possible by my longtime friend and traveling partner Randy. Not only did Randy register me for the conference, but he registered me as a top-rated Power Seller, which means that a guy who has purchased a total of two items on eBay in his lifetime got to enjoy the kind of exclusive perks only a narrow percentage of conference attendee’s would ever see. Namely, I got an extra doughnut after the Friday morning keynote address. 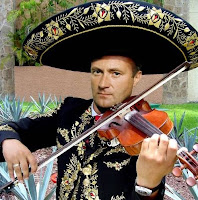 Most of my eBay experience was food-related, but since I covered that in Vol. I, I can focus this entry on my less gastro-intestinal encounters. I’ve been to a handful of conference-conventions in my time, each of which seems to draw a very specific demographic of attendee; Comic Con 2007 brought out hordes of overdressed sci-fi geeks, the 2004 Hero Conference for the department of American Studies brought out a lot of academic geeks who used big words to describe Superman’s inherent Jewishness, and the 1994 Phil Collins concert at the Delta Center brought out an astounding array of middle-aged housewives who liked to get their groove on.

eBay Live! brings out Middle America in all of it’s vast diversity. This is not a typical business convention by any means, packed with MBA grads and slick egomaniacal go-getters (I assume this is who attends business conventions…as I have no interest in business, and never attend such conventions, I can only assume that movies like “Wall Street” and “Weekend at Bernies” are correct in their depictions). The eBay conference is made up of people who have a business impulse, but in a nerdy way. They founded their individual empires by being computer geeks, and mastering an interactive forum where they market to other computer geeks. This is the accountant who sells comic books on the side, the grandmother who sells oil paintings of cats, or, according to one promotional film I saw, the lesbians who built an empire selling African tribal art.

In Randy’s case, it’s a young guy who got an idea after his boss at the pager company told him to get rid of a bunch of old cell phones. These are people who are ambitious, who are successful, but who didn’t take the Harvard MBA path to do it. In short, they are down-to-earth. And that’s why the keynote speech I saw on Friday morning was so funny.

Since we’re talking about an Internet company, clearly one would expect a bit of a techno-geek feel to the event, so when I walked into the main assembly hall and was greeted by an empty warehouse decorated to look like it was pulled straight out of Orwell’s 1984, I felt completely at home. Our shuttle was late, so by the time we shuffled in and grabbed our complimentary doughnuts, the eBay CEO was already most of the way through his obligatory rally speech. Like other conferences of this sort, eBay Live!’s keynote addresses were constantly punctuated by rhetorical questions and emphatic declarations that are supposed to illicit enthusiastic applause, such as, “isn’t that great?”, “You are the heart of what we do”, and “My face is being simultaneously projected on seventeen digital screens; YOU WILL OBEY ME!” What makes the experience even more fun is that everyone involved is extremely nerdy, which basically turns the keynote address into the rough equivalent of what it would have been like to have the stage crew in junior high handle all aspects of your school assemblies.

This is what occurred to me while watching the second speaker in the hour-long address, after the CEO guy was done and they had shown the video about the lesbians. I’m sure that the woman who spoke is a very successful eBay person, and very engaging and enthusiastic in person, but watching her rally the attendees was kind of like watching my friend’s mom host the MTV Video Music Awards. It was also the only such address I’ve ever seen that had lots of booing (when this poor woman had to bring up the recent controversial decision to discontinue the “negative buyer feedback” option to sellers).

But the most classic moment came immediately after another short promotional film. This one was about a housewife in California who has used eBay to build an extravagant collection of extremely rare and beautiful Chinese art pieces. Now, by extremely rare and beautiful, I mean hundreds of 300-year-old pieces that probably cost thousands of dollars each, which places this ultra-wealthy buyer in a laughably different demographic than the classic eBay small businessman sitting in the audience. So when the video wrapped with this uber-rich art collector saying, “my motto is she who dies with the most toys wins,” and the maternal keynote speaker lady exclaimed, “wasn’t that story great?”, the awkward silence that followed was deafening…and hilarious. I mean…nobody clapped AT ALL. Brilliant.

Always the erstwhile trooper, our speaker rolled on with the production, maintaining a defiant enthusiasm in front of an increasingly agitated and confrontational crowd. Even when she started using “wrap-up” words and half the crowd got up out of their seats and started walking out, even though she and the CEO still had 20 minutes of eBay Hall of Fame awards to pass out.

Afterwards Randy and I wandered over to the Power Seller’s Lounge, which was just one corner of the main hallway that had big monolithic promo barriers in the way. I wondered what would happen if I were to try to infiltrate the sacred ground without my Power Seller badge. Would a 53-year-old computer programmer who sold Beanie Babies of his basement in Milwaukee wrestle me to the ground? Was anyone there carrying tazers? Just in case I got into any awkward conversations, I prepared a fraudulent response should anyone ask me what I sold. But luckily I never had to tell anyone that I sold Burmese prescription drugs inside hollowed-out GI Joe dolls from the 1970’s.

The primary feature of the lounge (other than the obligatory ugly carpet that was made mandatory at all major convention centers by the Convention Center Carpet Act of 1973) was a table that had all the leftover doughnuts from the keynote address. It was also the location of the big free shrimp fest I enjoyed later that night, which I covered in my last entry. There also appeared to be a number of special consultation booths, similar to those on the main convention floor, only better I assume, since this was the Power Seller Lounge and not the Generic eBay Grunt Lounge. Like the convention floor, these booths were staffed with people in long white lab coats, suggesting a surgical aspect to the eBay selling process. Randy seemed to know these people, and I wonder if at some point they have performed cosmetic surgery on Randy’s auction page. I didn’t talk to any of these people in lab coats, because I assumed that a) they were business people, and thus meaningless to me, or b) they were really medical people, which would mean they were meaningless and had hospital-smell.

But even if I didn’t really relate to the eBay Power Seller crowd, I did relate to at least one member of the event planning staff. That would be the staff member who decided to book five members of the Second City comedy troupe to perform after the free shrimp fest on Friday night. Second City has been doing their thing for fifty years, and was the launching pad for the careers of people like John Belushi, Dan Aykroyd, John Candy, and tons of others. I mean tons. In the 70’s, Second City put on a TV show called SCTV (Second City Tele-Vision, for the acronym-challenged), which was kind of like a cross between Monty Python’s Flying Circus and Saturday Night Live. In short, watching the Second City people is kind of like getting a sneak preview of who might wind up on SNL in the next couple of years.

While we were waiting for the Second City show to start, and admiring the promotional eBay photo frames we found on our seats, Randy told me the Bruce Hornsby Story. See, one feature of each of the seven eBay Live! conventions is the Saturday night concert. Weird Al headlined the first one Randy attended, and he's also seen Huey Lewis and the B-52's. (This year's headliner was Chris Issak, but we opted out of seeing Mr. Wicked Game to drive out to Freeport so I could reconnect with some old mission friends...see "Josh controls the itinerary" reference from Vol. I). 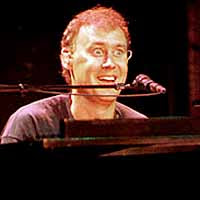 Anyway, one year Bruce Hornsby was the eBay guest of honor, and he took the "honor" part very seriously. VERY seriously. As in, the guy waited outside in his limo for 40 minutes and refused to get out until the event staff could find a red carpet to roll out for him. A real red carpet. Bruce Hornsby. 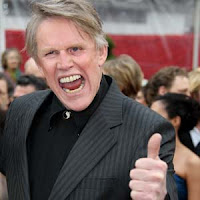 I'm really sorry, but when I think of someone walking the red carpet, I don't think Bruce Hornsby. I think Gary Busey.

Fortunately one resourceful member of the event staff actually managed to come up with a red carpet, and Mr. "and The Range" was spared the embarassment of having to sit in his limo any longer. So instead he promptly got up on stage and started making eBay jokes in between immortal classic songs like...well, I actually don't know any Bruce Hornsby songs. But these weren't fun eBay jokes, they were "you guys are dorks" eBay jokes.

The Second City people, on the other hand, showed great skill in their eBay jokes (though I guess you'd expect them to win a comic showdown with Bruce Hornsby), put on a fantastic show (heavily sanitized for a professional audience, I’m guessing), and demanded no red carpets that I am aware of. For a shining moment I didn’t resent the event staff for issuing the brightly colored tote bag that I had to carry around downtown Chicago for much of the day. I can’t say that the experience persuaded me to use eBay for much more than to occasionally check out the retro Air Jordan’s (I’m still in the market for a nice pair of VI’s…black and lazer red, size 8.5-9, for any eBay-types that Google this column), but I do feel a certain degree of camaraderie with this little sub-culture now.

Whenever I see a spread of exotic African tribal art, I will remember them fondly.
Posted by The Professor at 2:46 AM