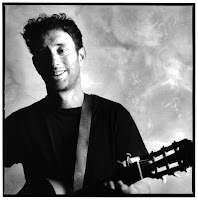 It seems fitting that the first time I’d see Jonathan Richman in the flesh, he’d be playing ping-pong. In spite of a salt-and-pepper goatee, nearly forty years of touring, and an uncanny resemblance to a counselor in my old Bishopric, Richman still bears the wide-eyed innocence of a lovestruck teenager. 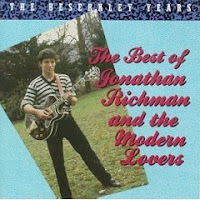 It’s been almost ten years since I discovered Richman by accident when my buddy Steve got one of his CD’s from the BMG Music Club. Steve hadn’t ordered it, but instead of just turn it in to a local CD exchange, we decided to play the mysterious disc, mostly because we were curious to see what kind of music the funny-looking guy on the cover would write. What we heard was an astonishing array of sincere and off-key ditties about love, pain, and Abominable Snowmen running amok in supermarkets.

I was hooked immediately.

It was perfect that a longtime cult hero like Richman (some of you might recognize him from his cameo in "There's Something About Mary") would be playing a spot like Kilby Court. Kilby is a priceless venue, little more than a converted garage at the end of an alley in Salt Lake you wouldn’t feel comfortable approaching at 3AM, let alone 10PM. But you have to make sacrifices for cult heroes, you know.

My attendance came thanks to Breto, who had already seen Richman in Seattle several years ago, and still has enough of a finger on the underground scene after a wife and three kids to spot important upcoming engagements. We waited patiently in the little twenty by fifty-foot venue enjoying a brief opening set from local acoustic artist Libby Linton, before Richman took the twelve-inch stage with his drummer, fully warmed up after their round of ping-pong. As he started into his first number—a song that like most that night, I had never heard before—I quickly remembered what made him such a unique artist.

Richman sings his lyrics like he’s having a conversation with you. If he’s telling you to let some girl go because she’s hanging out with druggies and it’s just not going to work out, that’s exactly what he says. There’s no flowering it up with odd rhymes or strange metaphors. It’s almost painfully sincere, especially when he sings about extremely personal subjects. His big brown eyes search the crowd expectantly, almost as if he’s pleading for understanding and waiting for judgment at the same time.

It’s this innocent sincerity that makes him a respected underground artist instead of a novelty act. Weird Al Yankovic writes a song about Yoda and becomes a comedian. Richman writes a song about Pablo Picasso and becomes a cult hero. The difference is that with Weird Al, you both know the song is a joke. With Richman, you know he’s completely serious. Richman embraces the disregarded details of life with the same zeal as Ray Bradbury, taking the obscure and romanticizing it with poetic nostalgia. To Bradbury, a God-forsaken Mexican village is a bastion of mystery; to Richman, so are traffic lights.

This is why it didn’t even matter that I only recognized three of his songs Thursday night. With Richman, every song has that same loving quality, so it almost doesn’t matter what he’s singing about. And though I admit it would have been cool to hear some of his early punk-style tunes, he did play one of my favorite songs, a song that lets you know that in spite of his innocence, the Boston-bred Richman is well aware of the humor of his work. Only with Jonathan Richman can you find yourself in a garage with 200 people getting down to a song called, “I Was Dancing at the Lesbian Bar”. 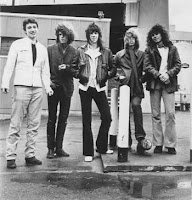 Remarkably, the music quality itself was quite full and vivid. Ever since the mid-seventies, Richman has stripped his act down to a minimalist construction. It’s pretty much just him on classical guitar—he’s been on a Flamenco kick for several years now—and his drummer. Gone are the bass and keyboards that powered the Modern Lovers in the early 70’s, when Richman pioneered the art of punk and bridged the gap between the Velvet Underground and The Ramones. Once Joey and the rest got in gear, Richman downshifted his and reversed field in a move that was probably more “punk” than anything the Sex Pistols were doing. The liner notes to that first CD I encountered tell the story of a concert he played soon after the switch, when an audience full of fans lusting for his early punk tunes like “I’m Straight” and “Roadrunner” were instead treated to a ten-chorus encore of his new song “Ice Cream Man”, a playful track which would have fit in nicely on an episode of Captain Kangaroo.

While his original keyboardist Jerry Harrison went on to join the Talking Heads and drummer David Robinson moved on to The Cars, Richman held tight to his cult hero status and put the emphasis on baring his heart to his audience in a way that couldn’t be masked or mistaken. Being a fan of Richman is like being in on a secret, but it’s also like having a close friend in as powerful a way as any novelist or writer can create. It’s fun, it’s hokey at times, but it’s also real, and it never fails to make you smile.

I noted during the evening that I got the same vibe from the Richman crowd that I did from the Bradbury crowd last summer, genuine affection from an audience that was perfectly in tune with the message. It was every bit as passionate as a fan’s love of a band like U2, with the difference being that Richman’s fans relate to him because they are misfits, too. True to form, three songs into his encore, Jonathan capped the evening with his quietest song, a melancholy but loving tune about the death of his mother. At times it became almost inaudible, but that was by design. Not with a bang, but a whimper.

JoJo at his finest.
Posted by The Professor at 7:25 PM