A few weeks ago my roommates and I threw an 80’s party. Technically we called it the “Super Fun Happy Pat Morita Memorial Kung-Fu Party Event”, because I didn’t want to use a clichéd theme like “The 80’s”, but it was an 80’s party.

To create the proper ambience, I put together an 80’s music mix, featuring stuff like The Bangles, A-Ha and The Specials, plus we managed to score some vintage 80’s drinks like Tab and Orange Crush (in bottles, no less). I’ve already commented on the Tab thing.

I’ve played movies at our parties before, and they always served as a nice background effect to the standard socializing as it filters through our house. But a good hour after our 80’s party started, a dozen people were sitting silently in front of the TV in our living room, mesmerized by “Karate Kid”. As new partygoers would arrive at the front door, they would walk in the room and find a place to sit down with everyone else, until the entire house was empty except for in front of our TV. 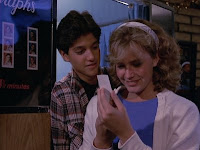 At first I tried to crack jokes and give a running commentary, explaining the inner workings of the film, such as how Daniel-San seemed to have magic healing powers that cured his black eyes within 24-hours, or how funny it was that Elizabeth Shue was his love interest when she looked 25 and he looked 13—even though in reality Ralph Macchio was about 21 when they made the movie. But eventually I got tired of my own jokes, and began to panic whenever a quiet moment in the movie would arrive and the entire house would fall silent. I had this feeling that when the movie ended all of my guests were going to stand up, stretch, yawn, and decide to call it a night at 10pm.

See, everyone at the party had encountered what I now call “The Macchio Effect”. The effect is named for Daniel-San, but is not limited to viewings of “Karate Kid”. There are other iconic films—not even necessarily good films—that magnetize random viewers. I think “Independence Day” is one of these films. But since I have seen this happen twice during “Karate Kid”, I think it deserves the moniker.

A few years ago, when I was living in Logan with eight other guys and attending Utah State, I popped on “Karate Kid” one night as I ate dinner (probably tacos). Over the next hour and a half, just about everyone in the house wandered in and sat down, transfixed by the movie. By the time Daniel-San took out Johnny and the Cobra Kai with the Crane Technique, we were having a religious experience.

Now, obviously “Karate Kid” is one of the all-time greats, possibly even on my all-time top ten list. So it’s not shocking to see others drawn in by it. But I think the reasons for its attraction, the reasons it falls in that special “Macchio Effect” category of “movies people stop whatever they are doing to come watch”, are more specific. Here are a few ideas:

Killer 80’s Soundtrack: I’ve often said that music is one of the most important aspects of any film. Honestly, would “Star Wars” be “Star Wars” without John Williams? “Karate Kid” boasts one of the great soundtracks of the 80’s, combining mainstream hits like Bananarama’s “Cruel Summer” with semi-cheesy rally themes like Joe “Bean” Esposito’s “You’re the Best”. Well, actually those are pretty much the only two songs. But the soundtrack still kicks butt.

Classic Underdog Motif: Only bona fide movie geeks would recognize that the same guy that directed “Karate Kid” also directed the first “Rocky” film. The real one, not the “Rocky IV: Sylvester Stallone Inexplicably Ends the Cold War By Beating Andrei Kirilenko Into Capitalist Submission” one. They have the same music guy too. I don’t care how many of you loved “Rudy”; you want to talk about classic underdog movies, “Karate Kid” and “Rocky” have to be on your short list.

Comic Bad Guys: I’m guessing that had I attended high school in Southern California in 1984, a group of young men who rode around on dirt bikes and all attended the same Karate dojo might have been intimidating. In “Karate Kid”, it’s just funny. Seriously, everything these guys wear in the movie has some sort of Cobra Kai logo on it. If you tried to do the same thing in high school now, what would your social status rate? Then you tack on John Kreise, the manic Vietnam Vet “show no mercy” sensei who fills their minds with ultra-competitive rubbish behind wild eyes. Classic. 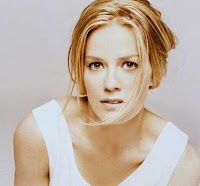 Iconic Lines: “Put him in a body bag!” “Sweep the leg.” “Wax on, wax off.” “Hey, it’s the 80’s!” “Strike first! Strike hard! No mercy, sir!” I could go on and on. Plus I’d just like to point out one more time that Karate lives in your mind and in your heart, but not in your stomach. It’s kind of like the Midichlorians. 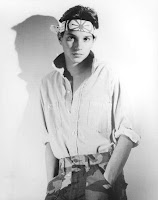 The Complexity of Daniel-San: Ralph Macchio plays Daniel San as a classic flawed character. As in, most everything that happens to him is his fault. Sure he was just trying to stick up for Ali with an I when Johnny first pummeled him on the beach, but did Daniel really have to start throwing punches when Bobby tripped him at soccer tryouts? And did Daniel San have to spray Johnny with the hose while he was rolling doobies in the boy’s bathroom? Yeah, maybe Daniel San felt a little insecure because he was the new kid from Jersey, and maybe he was embarrassed that Momma had to drive him on his first date with Ali with an I in the family station wagon (that had to be push started in front of her parents as they got out of their Bentley in striking tennis jumpsuits). And sure, maybe at fifteen we can’t totally be blamed for being stupid, but that’s just the point: Daniel-San’s flaws make him compelling. He’s Luke Skywalker without a Lightsaber. Or the Force. Or R2-D2. Or John Williams. 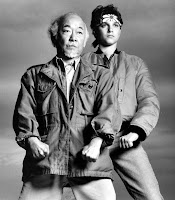 The Intrigue of Miyagi: Like Obi-Wan Kenobi, Pat Morita acts as spiritual guide and father figure to Daniel-San/Luke, demonstrating in perfect metaphoric clarity through a series of common household chores how the path will lead to growth and success even if you do not understand just how it is doing it. Then when you get there, you get a big yellow convertible.

Eventually the party got up to full speed and all was well at Casa Josh. I may even learn from this experience and begin to design special parties based around “Macchio Effect” films, like “Superman II” and “Better Off Dead”. I know “Karate Kid II” won’t work. Other than the Peter Cetera song and the time when the whole cast shows up in some obscure Okinawan bar to watch Daniel-San break ice blocks with his bare hands, it just doesn’t carry the same gusto.

Incidentally, for anyone interested, the Cobra Kai guys got together a few years back for a music video. It is truly a must-see experience.