The 10 Best Christmas Songs in My iTunes Collection

There is no season more inseparable from its music than Christmas. It doesn't even matter if you aren't a Christian; both the secular and religious bring the musical goods when December rolls around. I briefly considered making a list of the worst Christmas songs of all-time (hello, Mr. McCartney and Wham!), but this is supposed to be a season to celebrate things that are awesome, not awful. So here is my heavily-biased top-ten list of the best Christmas songs on my iTunes account. You're welcome. Merry Christmas.

(Half of the fun in making this list was listening to all of the non-Christmas tracks I came across by the same bands.)

10. Christmas Must Be Tonight, The Band

I never find myself binging on The Band, but every now and then I'll hear one or two of their tracks, like "The Night They Drove Old Dixie Down" or of course, "The Weight," and I'll just kind of zone out to their own unique vibe. I think that's the best way to enjoy these guys: a little at a time, so you don't spoil it. I was pretty excited when I dug up this song, which carries a different tone to the rest of the tracks on this list. And also unlike much of this list, its subject is the actual nativity story itself. 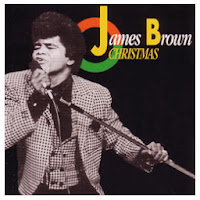 Listening to selections from the James Brown Christmas Album has become kind of a running gag of a tradition ever since I discovered the thing back in high school. And with tracks like, "Hey America" and "Let's Make Christmas Mean Something This Year" (be sure to listen to the ending!), who could blame me? But in all seriousness, The Godfather of Soul's manic delivery is a pretty good match for this number. A better match than "The Christmas Song," at least.

8. What Child is This?, Mormon Tabernacle Choir

One of those transcendent Christmas melodies, the linked clip features a guy rockin' it pretty hard on the oboe (Or is that a clarinet? Cut me some slack...I'm a drummer). If MoTab ever snags Ian Anderson from Jethro Tull to do a guest spot on this song, I may jump into the annual bloodbath competition for choir concert tickets.

Otis Redding just has one of those voices. To be honest, this isn't even that great of a song. But it's Otis Redding, man. OK, fine, just listen to this instead.

6. Santa Claus is Coming to Town, The Crystals

The first of three selections off The Phil Spector Christmas Album, also known as the greatest Christmas album OF ALL TIME. Forget everything you know about Phil Spector, because that will depress you. (OK, you can remember the anecdote about pulling a gun on The Ramones, because that's pretty cool.) Just know that his Wall of Sound technique combined with the Girl Group Era creates a perfect vibe for a (mostly) secular Christmas album. The beginning of this song is a little goofy, but just wait for that first heavy drum fill...magic time.

The soundtrack from Albert Finney's musical version of "A Christmas Carol" was my family's Holy Grail of elusive albums for years until a family friend was able to use some cutting-edge technology to rip the musical tracks from a VHS copy of the movie. I later found an original vinyl copy of the soundtrack at Randy's Records in downtown Salt Lake and thought I'd cemented my status as "World's Greatest Son" for at least the next five years. None of the individual songs work alone quite as well as they do in the context of the film, which my family has watched every Christmas Eve for as long as I can remember. But it deserves inclusion on this list even as a whole that is greater than the sum of its parts. 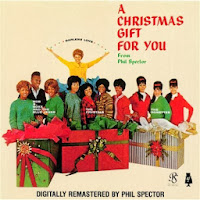 Selection number two from the Phil Spector album, this take on a Christmas favorite comes via the same group that brought us the immortal "Be My Baby." Not much more to say than that, but do I need to?

For a season of celebration, Christmas does have its melancholy side, and I think this track off the "Charlie Brown Christmas" captures that as well as anything. Its wandering piano and haunting vocals are charming and kind of creepy at the same time, but the total effect is pretty remarkable. Of course, fans of "Arrested Development" will always love this one, too.

The third and best entry from the Phil Spector album, and a heavy contender for my top spot. It for sure takes my "best secular Christmas song" title. This one is the perfect blend of the joy and heartbreak of the Christmas season, driven by the Wall of Sound and some desperate vocals from Darlene Love. There are lots of other versions of this song, including a passable take from U2 during their Bad Hat Era, and crap versions from Mariah Carey and Michael Buble, but none of them measure up to the original.

This one lingered at the back of my musical mind for years until it was immortalized on my last night in the Missionary Training Center. The Missionary Choir performed it during the evening's Christmas Devotional, and combined with the atmosphere and drama of my impending departure, it became my all-time favorite Christmas song the moment they hit the high note in that final chorus. By that weekend, I was trudging around Kankakee, Illinois in 40-below-zero weather wondering how on earth I was going to get through the next two years. "O Holy Night" is one of the songs that helped me get through that first Christmas, and many others since.

Posted by The Professor at 9:15 AM