A few years ago, one of my former student ward bishops asked me to put together a ward reunion.  I was more than happy to oblige; those had been good times.  So I put together a crack squad of U32 veterans, gathered a few hundred e-mail addresses, and made it happen.

At one point in the conversation, my good friend, in all seriousness, asked if I didn't just weep openly because I was still single after all these years.  I told him I didn't, and the conversation shifted to the fact that I had spearheaded the effort to coordinate the evening's event (an effort I was second-guessing at the time).  At that precise moment, my friend labeled me with one of the most adept nicknames I've ever been given, and probably the one I resent the most: 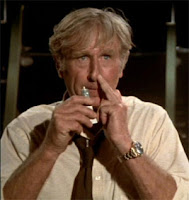 I'm sure he meant it as a compliment, and I tried to take it that way.  Over time, however, it hasn't been a label I have truly embraced.  One of the sad realities about marriage is that the people who pull it off don't put much of a high priority on staying in touch with old friends.  If you want to stay connected with certain people, most of the time you have to be the one to take the initiative.  You have to be The Glue.

Most of the time.

Not all the time, though.  Sometimes you have friends who make an effort to keep ties, and sometimes, those friends get married to wives who foster that effort.  Today, the day after Mother's Day, I'd like to thank those wives.

Sometimes being The Glue is a pain in The Gluteus Maximus.  It's nice to get some help from time to time.
Posted by The Professor at 9:00 AM