A week or so back I got a call from The Cheetahman.

I had already discussed that possibility with our mutual friend as we took down a pre-playoff game meal at the Gateway Food Court Taco Time a week previous, so his decision to cancel his Facebook account didn't take me by surprise.  But I was intrigued by The Cheetahman's new term for the act.  As prevalent as our online dependence has become in recent years, pulling the plug on a social media network has become tantamount to throwing yourself under a virtual bus. 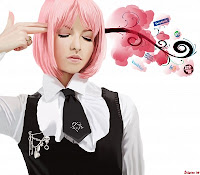 Brian's not my first friend to say "no mas" to Facebook.  Several members of my virtual network have gone off the grid over the last year or two, some multiple times.  The reasons are varied.  Some just never use the sites and cancel their accounts as a matter of spring cleaning.  Others use them far too much, and cancel in an effort to reclaim a healthy lifestyle.  A few cite moral reasons, pointing to instances where hooking up with an old flame virtually led to a hookup in the real world, which would be fine if the parties involved didn't already have their own spouses and families.

I tend to see Facebook, and most technology, as an enabler.  It gives you a convenient way to follow through on an impulse you already have.  For me, Facebook is a way to stay connected, to maintain my real-world relationships, and even to promote some of my creative efforts like photography and this blog.  It's my online Rolodex.  But I think it enables my social anxieties, too.  Nowadays when I meet a girl at a party, I'm a lot more inclined to just add her on Facebook than to man up and get her phone number.  Like text messaging, social media is often just another virtual wall we use to avoid the fear of actual face-to-face human interaction.

While I'm still single, I'll probably stick with Facebook, at least until the next big thing makes it obsolete.  Because whether I like it or not, the only way to get invited to real-life parties is to stay connected to that virtual singles scene.  But I still wonder if I wouldn't be better off jumping into the Great Beyond without my digital parachute.
Posted by The Professor at 9:26 AM