Too Old to Rock and Roll, Too Young to Die

A couple months back, the staff of Grantland.com put together an opinion poll designed to infuriate their readers. The topic? Best song of the new millennium. They set up four brackets matching the 64 candidates they felt best represented the last thirteen years of popular music, and let the fans go at it.

The resulting hate and vitriol that teemed on the comment boards may have been intentional, but Grantland does deserve its reputation for being preoccupied with hip-hop and top-40 pop music. This latest spectacle wasn't the first time I found myself scrolling down their list of music favorites and wondering who exactly they were trying to impress. Aside from Steven Hyden (who wrote an excellent--if kind of depressing--series on "The Winner's History of Rock and Roll"), I have little use for the site's musical commentary.

But that has as much to do with me as it does them. As a Bicentennial Baby, I have the distinction of being both too young for Generation X and too old to be a Millenial. Because of this dissonance, these days I often find myself straddling the perspectives of two distinct generations of music fans:

The first is the surly, aging rock fan who dutifully listens to Classic Rock radio and insists that "they don't make music they way they used to." I meet members of this group all the time. My boss at KJZZ feels this way, and so did a woman who approached me in the aftermath of one of my blues band gigs two years ago (I think she was happy because we covered ZZ Top). Of course, now that the Classic Rock powers-that-be have shoehorned the likes of Def Leppard and U2 into their playlists (suggesting Classic Rock should be defined as "guitar and drum music that's more than 20 years old" instead of "that period between Hendrix igniting his strat at Monterey and the night John Bonham took 40 shots of vodka and killed Led Zeppelin"), their territory is officially under seige.

The second group is mostly* made up of post-millenials who love all things pop and hip-hop, and give you blank stares whenever you ask them about something that was released more than ten years ago. This is the same group that sneers with distain at the mention of anything that was created before they were born, implicitly suggesting that the only relevant popular culture is the popular culture that was created after the dawn of civilization (IE, their birth). This is the group exemplified by Justin Long's Creedence-hating techie-nerd character in "Live Free or Die Hard."**

My lot comprises a third group which holds a deep personal affection for all the classic music that came from the '50s, '60s, and '70s, but also holds that the last three decades have brought the goods as well. Maybe not in terms of Katy Perry or Lady Gaga, but certainly in terms of Ray LaMontagne or The Black Keys. This group feels like there is plenty of good music out there; you just need to know where to find it. (And where do you find it? The soundtracks of indie movies and cult TV shows that only snobs like. Oh, and "Top Gear.")

On behalf of the third group, I would like to offer groups one and two a sample list of music they should consider adding to their own personal canon, for the expansion of their experience, and the betterment of mankind.

For group one, ten songs from the last ten years that may not be "as good" as your weekly Classic Rock rotation, but deserve your consideration: 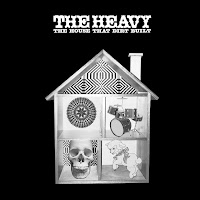 For group two, ten songs from before 1980 that you may not have already heard ad nauseum on your parents' car stereo, but that deserve your consideration: 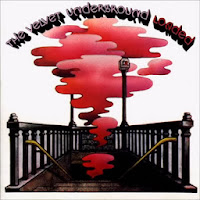 The funny thing about the Grantland poll is that the finalists (Outkast's "Hey Ya" and Adele's "Rolling in the Deep") were actually pretty reasonable choices, and at least in Adele's case, might even appeal to the "they don't make 'em like they used to" group. Which suggests that good taste will eventually rise to the top no matter where (or when) you are. I'd like to think that's true.

*I say mostly because there are plenty of people my age or older who behave the same way.

**This may be the first time this movie has been referenced in anything other than a "disappointment to the franchise" context.
Posted by The Professor at 5:47 PM