The Perks of (Not) Being a Hipster

There is a beautiful moment near the beginning of "The Perks of Being a Wallflower" where three teenagers are driving a pickup truck through a tunnel. The girl, played by Emma Watson, is standing up in the truck bed with her arms stretched out to the sky, sucking in life and all of its wonders while David Bowie's "Heroes" blasts from the stereo. None of the kids can identify the song, though, and that's what made me want to love and hate the film at the same time. 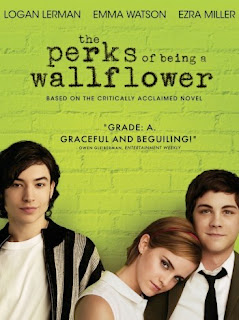 I spent the first hour of "The Perks of Being a Wallflower" trying to decide whether to finish it. I wasn't wrestling with this decision because it was a bad movie. The problem was a little more complex: I struggle to watch movies about contemporary teens who treat the '80s with the same kind of nostalgia I used to treat the '60s with when I was a teenager, because they make me feel old and alienated. Hipsters love all my old crap, and sometimes it drives me crazy.

This is just one reason I hated "Pitch Perfect," but that's a discussion for another time.

"The Perks of Being a Wallflower" tells the story of a loner high school freshman named Charlie who is socially adopted into a tight group of senior misfits. Charlie is wise beyond his years, aspires to write, and has some inner demons that come into play later in the film. He also has great taste in music and a habit of putting together mix tapes that instantly endears him to his new friends.

This leads to the second reason I struggled with the film: I couldn't watch it without imagining what my high school experience would have been like if I'd been taken in by a group of kids three years older than me, gotten a crush on the one who looked like Emma Watson, and had that crush reciprocated. One of the most transcendent dating experiences I had as a teen was to ask out a girl a year older than me and have her accept with enthusiasm. Tripling that gap would have made my brain explode.

But about two-thirds of the way through the film, something weird happened. It dawned on me that none of the characters were using cell phones, or even using computers. I had assumed that the kids' affection for cassette tapes and buying each other actual typewriters as gifts was some kind of hipster thing, but slowly I got the feeling I might be wrong. I remembered that the film was based on a book, so I pulled out my smart phone (cue irony) and did a quick search.

"The Perks of Being a Wallflower" is about a group of high school students in the early '90s. It's not about contemporary hipster teenagers. It's about ME.

At that point, my mind collapsed in on itself, and I went from relating to a film I assumed was about somebody else to embracing a film that was supposed to be about me...a member of that narrow window of kids who were too young to be in Generation X and too old to be considered Millenials. Suddenly, mix tapes on cassette were just mix tapes on cassette, and hearing cool Bowie tunes and not knowing their names was innocent. Suddenly I wasn't rolling my eyes at today's teens...the teens of the 1970's were rolling their eyes at me.

I didn't relate to everything of course...I never dropped acid or ate marijuana brownies at parties in high school, at least in part because I never went to parties. And even though I remember thinking that "Rocky Horror Picture Show" was cool, I never actually went and saw it, let alone joined a cast of cross-dressers to act it out at a local theater. Nevertheless, "The Perks of Being a Wallflower" speaks for high school me the way "Liberal Arts" speaks for me today.

And I still hate "Pitch Perfect."

But that's a discussion for another time.
Posted by The Professor at 5:04 PM