Last February, in the middle of another half-cocked workout that was light on lifting, lighter on cardio, and heavy on people-watching, I stepped on an electronic scale and stared long and hard at the reading. According to the little digital readout, I was heavier than I had ever weighed, and in spite of five years of workouts, it was clear that the weight I was putting on was not the good kind. I was five pounds shy of a sobering threshold I did not want to cross.

It was the culmination of a long work in progress. Around the time I turned 30, my previously reliable metabolism decided to shut down, and I gained 20 pounds in about the time it took to say "Del Taco Tuesdays." Since then, I'd often noted that while in generally good shape, I could probably lose fifteen pounds or so. Six months later I would note that I could probably stand to lose twenty pounds. I would often make such notations after finishing my second hamburger at Maddox, or in the middle of another sad showing at a pickup basketball game.

But after that moment last February, my good intentions finally became tangible action. As the winter transitioned into spring, I started going to the gym an extra time or two every week. And when I was there, I started lifting less and running more.* I tried to stop eating dinner so late, and when I did eat, I tried to cut back on my portions. I didn't make a single drastic move, like cutting out sugar or starting P90x. I just made minor adjustments to what I was already doing. And within a couple of months, I had lost over ten pounds.

At that point, I decided to make a goal out of my efforts. An even twenty sounded good, and by mid-summer, I was within about five pounds of my goal. I was wary of the month of July, since I would be spending time in Seattle and Chicago eating foods that wouldn't help my cause. But thanks to my hotel fitness centers, I returned from the Windy City within striking distance of the finish line.

A week or so into August, I walked downstairs from another cardio session, hopped on the scale, and smiled at a readout that was exactly 20 pounds less than my February high. Other people have lost far more, and accomplished far better, but it was good to know that I had set a goal and followed through. It's nice to think that in that stretch I lost the pound-for-pound equivalent of: 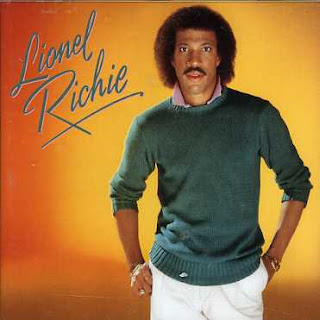 Of course, since then I've faced a different kind of problem: none of my old clothes fit. But I think most would agree that running up a tab buying clothes because you finally got in shape is a pretty good problem to have.

*The people-watching remained heavy. I mean seriously, Wilford Brimley and Admiral Ackbar work out at my gym. The constant comedy is too omnipresent for a mere mortal like me to turn away.
Posted by The Professor at 9:17 AM