First they told me that the dinosaurs were really birds. Then they said Pluto wasn't a planet anymore.

Now they're telling me I'm a Virgo instead of a Scorpio. 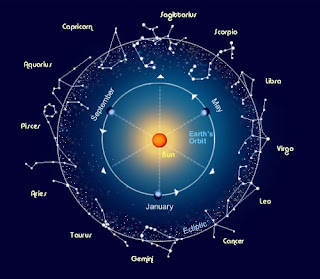 In this case, "they" is some astronomer in Minnesota who says the Earth's alignment with the constellations isn't what we thought it was. And not only are we about a month off our "true" Zodiac sign, but we also seem to have left out a 13th sign, which you pretty much can't pronounce without dropping the F-bomb.

This wouldn't bother me except for the fact that I always thought I had the coolest of the Zodiac signs. Scorpio. The scorpion. I thought that was pretty cool. You know what my symbol is now?

That is not cool.

So now I'm stuck trying to adapt to my new identity. I used to be driven by passion and power, but now I'm a sensitive soul who just wants to love and be loved in return. No more listening to AC/DC and Led Zeppelin before getting ready to bust heads on the basketball court; now it's all about quiet Barry Manilow tunes and free verse poetry about pine needles and crap. At least that's what Athena Starwoman says.

I really wonder what Whoopi Goldberg thinks about all this.
Posted by The Professor at 10:06 PM