I've often heard that if you want to be a better writer, you need to read. A lot. I've heard that statement often, but I've rarely followed it.

I don't know exactly why, but last year I read a lot more books than usual. Probably not as many as I should have, but enough that I haven't had the time or motivation to write reviews for them all. But even if I may not have enough time to review them, but I do have enough time to list them. I'll include a quick take on each, but you can pretty much assume that I recommend each.

Now that I look back at that list I'm not all that impressed. In my head I read about twice as many books as I have listed here. I will try better in the coming year. In fact, if you have any recommendations, feel free to comment. 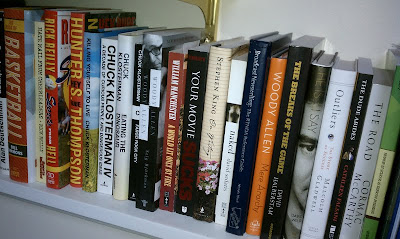