Of Burns and Bandanas

Last weekend while taking in a late viewing of the Teenage Mutant Ninja Turtles Movie I found myself distracted by an article in Details Magazine on the topic of sideburns. I found this item distracting for multiple reasons:

A. I am not all that into the Ninja Turtles.
B. I have had sideburns in one form or another since the age of fourteen, save for a one-week stretch in the mission field when I removed them after a scolding by one of my leaders (who was apparently unaware that mission rules clearly dictated that sideburns were allowed to extend to the mid-ear). 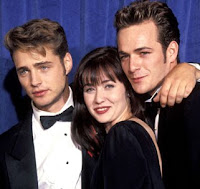 Believe it or not, the inspiration for my first legitimate facial hair came from the 90210 boys. I only caught a half hour of a single episode of Brandon and Dylan's early 90's Beverly Hills saga, but those few minutes were enough to convince my teenage mind that sideburns were the way to go. Besides, at that age, facial hair growth accounted for about 95% of one's street cred. (The other 5% was still coming from basketball sneakers.)

My flashy new sideburns generated a lot more positive press than my Karl Malone Catapult sneakers ever did, but by the beginning of my junior year, Dustin Harrison's full beard had taken center stage. Still, the sideburns remained, whether acting as the underpinnings of one of my longer hippie-grunge hairstyles or merely bridging the gap between a nice anti-social beard and the top of my now-shaven head. I've trimmed them into a variety of lengths and styles, most notably during the week I cut them into baby mutton-chop spikes. To my everlasting humiliation, this week also happened to fall around the traditional once-every-two-decade extended family portrait shoot. 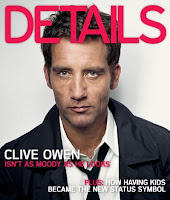 But according to Details Magazine, I shouldn't be so carefree with my face fuzz. Depending on the size and shape of my head and face, they have laid out specific instructions as to what shape my burns should take. I have to admit that I am not a regular reader of Details, and it concerns me to think about how many other style issues I have so callously taken for granted over the years. I learned how to tie my neckties at the proper length from ex-Detroit Piston coach Chuck Daly, and someone once told me that the color of my belt needs to match my shoes, but who's to say I'm not violating a dozen other rules of bro-fashion on a daily basis? Could I be tying my shoes the wrong way? How long should my pants be? If I wear a hipster T-shirt from threadless.com with a pair of retro Air Jordans, will the space time continuum rip apart and obliterate my precious DNA?

Maybe those Ninja Turtles were onto something, after all. They only had to worry about grabbing the right colored bandana.
Posted by The Professor at 12:47 AM