Some might say I have commitment problems. Between November of 2005 and March of 2007, I moved five times, easily the most changes of address since my Chicago days. I was moving so frequently I never bothered to get my mail forwarded, and just kept it coming to my parents' place. Six months seemed to be the longest I could ever put down roots. So when I moved into the 5-Points House with my friends Mark and John at the tail end of Winter 2007, I expected more of the same. 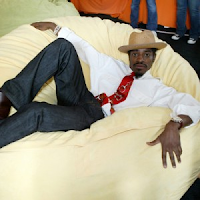 I did eventually leave the 5-Points House, but only a week ago, after almost two and a half years of parties, group dates, and late-night movies on my horribly overpriced LoveSac, which made it the longest stay I've ever had outside of a parent-funded roof. I was there so long most people assumed I owned the place, and at times, I wished I did.

The 5-Points House hosted a ton of memories, including two Bad Sweater Parties, a legendary battle over a two-foot ceramic Parrot during the White Elephant phase of Christmas Date I, the filming of The Rocky Anderson Interview, one epic Conga line, the courtship of my sister and roommate/brother-in-law, two Zombie Fests, and nine month's worth of four-hour afternoon naps that passed for sleep while I was working the morning show at KJZZ. I watched the debut of my first on-air comedy sketch from the upstairs living room, and got a dozen Facebook photo albums' worth of material from all the perennials growing in the yard. But in spite of the memorable parties and random dance-off's, some of my favorite memories were during the quiet times when it was snowing outside, or when a half-dozen deer would wander through the yard at night when I was getting ready to go to work. I can't remember how many dates I went on while I was there, but I can say that I went through six roommates, two of which moved out because they were getting married (not to each other), and one who got engaged shortly after leaving. I watched countless movies in the basement, but none so memorable as watching the remake of George Romero's "Dawn of the Dead" with my family on the night of my 32nd birthday.

It was almost two years before I finally started attending the local ward at the end of the street, in the wake of 2008's Geriatric Cleansing. As luck/irony/destiny would have it, the Bountiful 7th Ward was also the first ward my parents attended after they got married in the early 70's.

I wound up moving to West Bountiful, jumping on board with my buddy Visser (aka Slick Shoes), who should be able to get both of us through about fifteen years of apocalyptic fallout with all the stuff he's got growing in his garden as we speak. I don't think I'll be here for another two and a half years-both of us would like to think the sunshine of marital bliss will arrive before then-but while we continue to surf the dating waves, we at least have the Roomba to keep us company.

Last weekend I went back to the 7th Ward to bring the transition full-circle, speaking in Sacrament Meeting in an unofficial farewell that most members probably thought was an introduction. Turns out my parents' original bishop is still there.

Now there's a man with no commitment problems.

A few photo highlights from the 5-Points House: 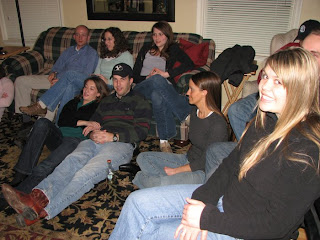 So one time we have this 80's party in honor of Pat Morita, and I put on "Karate Kid" for atmosphere. An hour into the party, no one's talking; they're all just sitting around watching the movie. Thus is the power of The Macchio Effect. 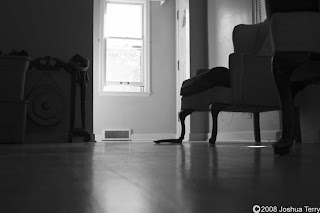 The living room in quieter times. 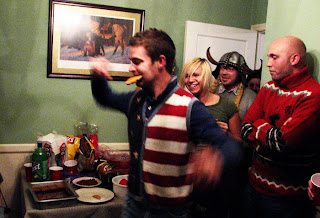 My buddy Tyler leads us in the first-and only-10:30PM Conga Line, which gave me a perfect excuse to wear a rubber Viking Helmet. 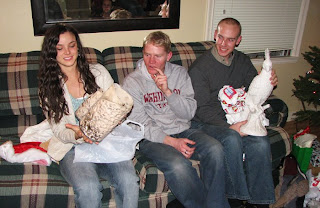 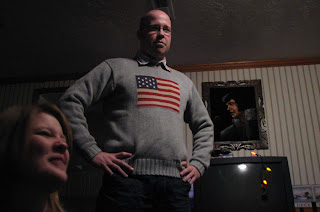 There's nothing more patriotic than America, Elvis, and an ugly sweater. 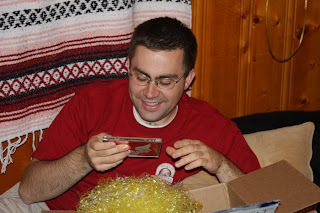 John opens his copy of Aerosmith's Greatest Hits, about the only appropriate gift he got during his Bachelor Party. 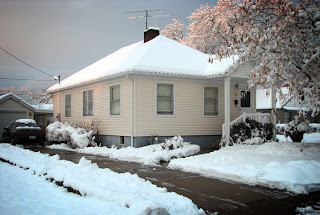 Posted by The Professor at 9:57 AM