I'm the kind of guy who remembers irrelevant details, especially when it comes to popular culture. I couldn't tell you a thing about the year's worth of calculus I took in high school, but I could tell you the artist, title, album, and sometimes the track number of all kinds of songs that aren't even close to my all-time top 10 list.

When it comes to music, I have a lot of friends who are just like me, but most of the people I meet don't remember much past the song title of the tracks they like, if that. They don't have a clue about who the artist is that wrote the song, or what went on in the studio when they were recording it or off the stage when they were taking it on tour. They never read the liner notes to CD's, and never hear all the crazy stories about how they made it big or drove a convertible into a hotel swimming pool to celebrate their 21st birthday.*

To be honest, sometimes I'm jealous of those people. 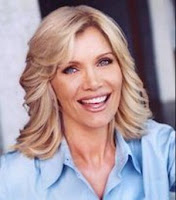 Last week I found out that they finally sentenced Phil Spector for the murder of actress Lana Clarkson. Clarkson was a former B-movie actress on the down side of her career, and Spector was/is the aging prodigy-producer who revolutionized popular music in the early 60's with the "Wall of Sound." A few years back, Clarkson was found dead from a gunshot wound in Spector's house, and it took multiple trials to finally get to Friday's 19 years-to-life sentence for Spector. Since he's already pushing 70, the likelihood is that one of pop music's most important architects is going to die behind bars. 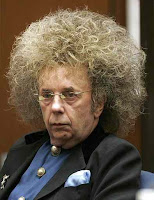 Spector's claim was that Clarkson's death was a suicide, and if he didn't have such a reputation for being bat-$#!% crazy, it would have been a pretty logical argument. Spector's dysfunctional relationship with women has been well-documented, and early punk fans will recall the classic story about the time he produced an album for The Ramones back in the early 80's and pulled a gun on them in the studio. When you add up all the history, this kind of an ending seems pretty inevitable.

What really sucks is not that Spector had serious crazy issues in real-life. What sucks is that the music he made in his heyday was genuinely positive, upbeat, fun music. When hardcore rappers get in shootouts at nightclubs, it just kind of goes with the territory, but when the guy who produced "Be My Baby", "He's a Rebel" and "Unchained Melody" gets fingered for murder, things just don't feel right. Spector was also the man behind my favorite Christmas album of all time, with Darlene Love doing "Christmas (Baby Please Come Home)." 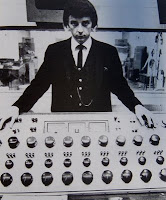 If you watch a lot of rock and roll documentaries, you'll hear a lot of people talk about how the Beatles came along and saved music from the creative dregs, because ever since Buddy Holly died and Elvis joined the army, everything had gone to pot. But that's not true, and Spector was one of the biggest reasons it wasn't. The music he produced had a life and an energy that was undeniable, and that's not even saying anything about how his "Wall of Sound" production style had such a profound impact on those who came after him. The bottom line is that he produced music that made you feel good.

None of this is to suggest that Spector is innocent, and certainly not to suggest that he should be given any kind of special consideration if he is guilty. All I'm saying is that it's sad that someone so integrally connected to something so positive could wind up in such a negative place. It's also sad because he's far from the only one. When I hear about something like Spector's story, I wish I were one of the people who could just enjoy the music and be oblivious to the people behind it. But that's not me, and it's just something I'm going to have to live with, just like whatever happened to Lana Clarkson is something Spector is going to have to live with.

*Keith Moon, drummer for The Who, who died ten years later when he overdosed on drugs proscribed for overcoming alcoholism. And no, I didn't Wikipedia that.
Posted by The Professor at 11:40 PM