Kobayashi has his hot dogs. Wimpy and Hamburglar are burger men. But as for me and my house, I am a taco guy. Hard shell, no sour cream, no cheese. It’s all about the beef, the tomatoes, and the salsa, plus some lettuce for color. Some guys can take you to school at the Godfather’s Pizza buffet; but chances are I can take you under the table any day when tacos are on the menu.

I’m not sure when the fascination with tacos began. Could be from back in the 80’s, when there were only a couple of Taco Bell’s in the valley, back before the rat dog ads, when a run to the border was a special occasion for the old familio. Of course, we were still having tacos and Spanish rice at the family table on a regular basis even then, so maybe my mania stretches all the way to the 70’s.

All I know is that the mania probably peaked in 1997, when I started the “10 Taco Challenge” on the South Side of Chicago. Fed up with my lack of female post, I declared to all my roommates that I would personally buy ten tacos for the man who managed to get ten girls to write me. Heaps got the closest, with nine, but I bought him the tacos anyway. 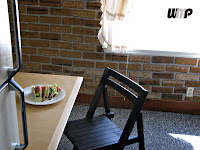 A couple of years later Ryan Patterson, Breto and I shared a memorable evening working our way through a couple dozen of Del Taco’s finest while playing Star Wars Trivial Pursuit and listening to Pink Floyd’s “Atom Heart Mother” album. A couple of years after that, my buddy Brandon tried to name me “Taco” in an attempt to give me a half-decent nickname, but it never quite stuck. When I was living in a townhouse in Bountiful with some friends, I even made a primitive short film about making tacos.

Every once in a while, someone tries to convert me to the soft shell team. My dad is always trying to get me down to this stand in downtown Salt Lake that hands them out on the street like they’re going out of style. But no one has managed to turn me on to modern country music, and no one is going to turn me on to soft shell tacos, either.

There’s just something inherently wrong with the soft shell. I have no beef with tortillas; it’s just that to me, a tortilla with beef and hot sauce is a burrito, not a taco. If I want a burrito, I’ll order a burrito. Even the name “taco” suggests a crunch association.

Not too crazy about the meat variations, either. Chicken I can hack, but not fish. My sister likes the fish tacos at Red Iguana. I love Red Iguana, as it is well documented, but I don’t really like their fish tacos. 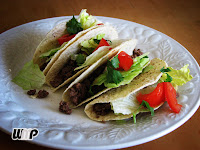 I don’t hit Taco Bell too often, and I try to avoid getting caught up in the Del Taco rut as much as I can manage. Usually, for me, homemade tacos are the way to go. All I need is some fresh ground beef, some salsa, and a dozen shells to keep me happy. There’s nothing that can match a homemade taco in late August when the tomatoes are right off the vine and the shells are fresh.

I used to get the 24-packs of mini-shells so I could pound tacos like I was drinking shots, but I don’t always see the mini-shells for sale anymore. I’ve also had to limit the quantity of my personal taco-fests, both in quantity and frequency. I used to throw down a full pound of ground beef in a single Fest, but these days I’m down to a half-pound at best. My buddy Sam used to throw down a full pound of bacon at a time; I wonder if he’s down to a half-pound yet. I’m pretty sure he isn’t dead.

A few years ago, during the protests in Salt Lake over illegal immigration policy, I remember seeing this sign that said, “No Illegals, No Burritos”. I can sympathize with both sides of this issue, but when it comes to Reconquista, my tummy says "surrender." Because I’m about as close as you’re going to get to a walking Aztlan.
Posted by The Professor at 5:59 PM