My Most Powerful Movie Moment of 2013

I reviewed well over 60 films in 2013. That's only a fraction of the total films that were released last year, but still a generous total. For a recent episode of "The KJZZ Movie Show," I was asked to identify the most powerful moment I encountered out of all those films. Not an easy task, especially when any potential candidate will have to compete with Vin Diesel's flying torpedo-skull.

The clip I finally landed on took place late in "The Secret Life of Walter Mitty," which came out on Christmas day late last year. Since (at this writing) the movie is still in the theaters, I couldn't elaborate too much on that moment on the show. But I can afford a little more liberality on my blog. So consider this a spoiler alert.

"Walter Mitty" is the story of a shy daydreamer (played by Ben Stiller) who finally decides to take charge of his life. Part of this charge-taking involves finally engaging his dream girl, but most of it involves tracking a mysterious photojournalist (Sean O'Connell, played by Sean Penn) across the globe in search of a missing negative. (Walter works for LIFE magazine and needs the negative for LIFE's final print cover.) Over the course of the film, Walter goes from Manhattan to Greenland to Iceland, back to Manhattan, then to Afghanistan, and finally up into the remote Himalayas in search of his target. And that is where my favorite moment takes place. 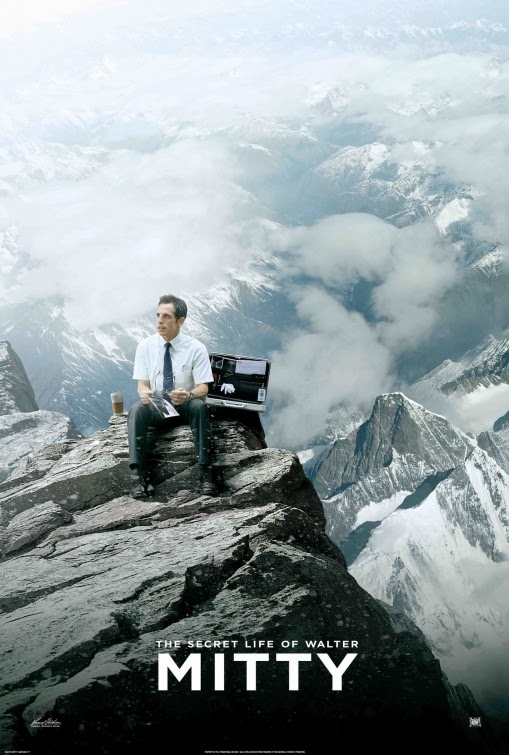 When Walter finally catches up to his man, he finds him perched behind a telephoto rig high up in the mountains. O'Connell is on a hunt of his own, trying to photograph the elusive snow leopard. The two men have an amusing exchange about the negative, then the leopard appears.

But O'Connell never takes the shot.

To Walter's confusion, the cryptic photojournalist merely gazes at his muse through his viewfinder. He explains that sometimes, in situations like this, he chooses not to take the shot, opting to stay in the moment instead. On the surface, it's a completely illogical if not insane decision. All that work, and you don't even take the shot?

But after several years of shooting on my own, it makes perfect sense.

As a photographer, you can find yourself in the middle of a situation and completely removed from it at the same time. I can't tell you how many times I've gone back to my computer after a shoot and scanned through the results, wondering what it would have been like to actually participate in the experience I just documented. I've photographed three different Holi Festivals, and never thrown chalk in the air myself. I photographed several friends at the Dirty Dash a couple of years ago, capturing the elation of diving headfirst into a pool of muddy water, yet never felt that cold, jarring sensation on my own. Photography is one of my deepest passions, and most important creative outlets, but it is not a substitute for living life. That's what "The Secret Life of Walter Mitty" is all about.

Luckily, that lesson didn't come with a rush of regret after a wasted life. Even if at times I've let my camera separate myself from the world, I've taken advantage of other chances to engage my surroundings, whether it was hiking the Zion Narrows, driving up the PCH south of Big Sur at sunset, or talking my way onstage at Buddy Guy's Legends in Chicago. But sometimes I do need to remind myself to get out from behind the viewfinder and suck in the moment for myself, and at the end of a long year of reviewing movies, "Walter Mitty" provided that valued reminder.
Posted by The Professor at 9:21 AM