The Best English 1010 Students I Never Had

About a year back I was in a Sunday School class when the instructor opened with a routine question: what is the best piece of advice your parents ever gave you?

I thought back on the potentially thousands of conversations I've had with my parents over the years, and it occurred to me that for all of our talking, the best advice my parents ever gave me rarely came in words, but always rang clear in action. They seemed to inherently understand the concept I would teach my English 1010 students years later, that it is better to "show" than to "tell."

It was this reflection that led me back to the childhood larceny I recounted in this year's Mother's Day post, where my sharp-eyed mother taught me a lesson in honesty that resounded far more than any cross-stitch worthy one-liner ever could. And that was just one example:


This past weekend my parents celebrated their 40th wedding anniversary, which reinforced yet another lesson. They met in the early '70s when my dad was going to graduate school at Case Western Reserve in Cleveland, Ohio, and my mom was taking the missionary discussions thanks to a referral from a close friend. They were set up on a blind date for a ward softball activity, hit it off, and waited a full year after my mom's baptism to get married in the Salt Lake Temple. Call it patience, call it commitment, call it trust, call it whatever...the lesson stuck. 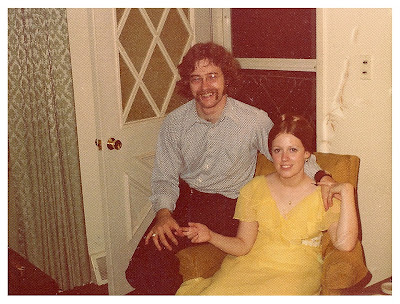 Maybe the best example of my parents' success is the fact that to celebrate, my sister and brother-in-law teamed up to host a special dinner in their honor, demonstrating that the teamwork my parents have always embodied has now passed on to their own children, echoing the teamwork my grandparents displayed before them. There was food and friends and family, and a couple of wide-eyed grandchildren to centerpiece the whole thing. I forgot to fire up the custom Motown-only playlist I'd prepared on my iPod until the rest of the guests had left for home, but I did get plenty of pictures to mark the event.

So Happy Anniversary Mom and Dad, and thank you...for being great parents, even better friends, and the best English 1010 students I never had. 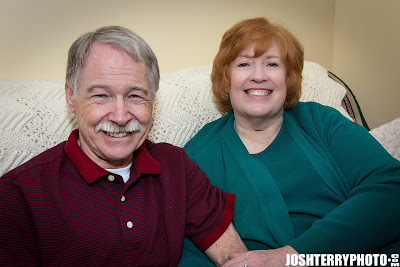 Posted by The Professor at 6:41 PM