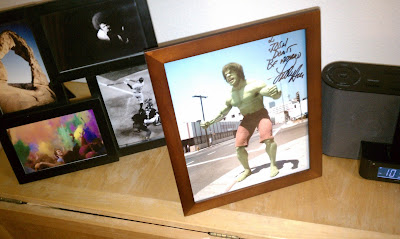 Events like Comic Con make me feel like I’m straddling an ideological fence. On one side are the diehard uber-geeks who swallow pop culture whole and use public events to release their alter egos in a flurry of painstaking Cosplay. On the other, grown men and women stare back at the geeks with disdain, mocking the juvenile silliness of their passions and reserving their own mania for socially-acceptable contexts like college football games. It’s hard to see the investment of the first group and not be simultaneously impressed and repulsed; just as it’s impossible to see the eye-rolling condescension of the latter group and nod in agreement while mourning their loss of innocence. I got off the road to Cosplay on Christmas during the fifth grade, when I ran into my living room and found a basketball under the tree instead of a pile of Star Wars toys. But that doesn’t mean I ever forgot my roots; I still saw “Phantom Menace” a dozen times in the summer of 1999.
At one point in the middle of my photo frenzy, I spotted a pretty girl standing beneath a tremendous mop of black and white dreadlocks. I asked if I could take her picture, then admitted my ignorance:
“So who are you?” I asked.
“I’m just me,” she replied.
I couldn’t tell if she was messing with me.
“Really?” I asked.
“What better place to be yourself, right?” she asked.
I muttered some response, smiled, and kept moving. She had me stumped. Was I hiding who I really was? Had I come to photograph the freaks because I secretly wanted to be one of them? Was it time to pull that leather fringe jacket out of my closet and start wearing it on a regular basis, not just when I had a Halloween party to crash? That night after I had uploaded my photos, I scrolled through them one at a time, marveling at the fascinating craftsmanship of some while shaking my head at the abject awkwardness of so many others. I pitied and loved and admired all of them, and couldn’t decide whether I related to them or whether I had outgrown them. I watched “The People vs. George Lucas” on Netflix later that evening, a documentary about a man simultaneously adored and despised by the same people who pack plastic Lightsabers in public, and in the morning I read an article on the 20th anniversary of the first season of “The X-Files,” a long-dead TV show that still sends pangs of excitement through fans’ spines whenever David Duchovny hints at another movie. Finally, I thought of the man I met at the convention, the Mr. Hyde half of The Incredible Hulk’s archetypal tandem. Who was real: Dr. Banner or The Hulk? And who was I playing?
I should have asked the girl with the dreadlocks when I had the chance.