Return to the Bully Pulpit

I've wondered in recent months whether I should change my blog identity, since I haven't actually taught a college course in nearly two years. Now I guess I don't need to worry about it. I'm back on the wagon.

Next week I'm scheduled to take the lofty helm of two English 1010 courses for Salt Lake Community College. According to administration, they're already filled, so any readers hoping to jump in on the Josh Experience will be sadly disappointed.

The decision came for a number of reasons. One is that I like paying my bills. Another is that I've put in for a tenure track position with SLCC, and it makes a lot more sense to be warmed up and in the groove if I want to justify my application. But mostly I just missed teaching. It's one of the few jobs I've ever had that felt truly redeeming, if only in a "I totally made those kids listen to Right Said Fred as part of a writing exercise" way.

It is time to pray for the academic youth of the Salt Lake Valley.

About three years ago I was sitting on the front row of an Elder's Quorum meeting up at the University Institute, preparing to pinch hit as an EQ instructor. As I sat going over the day's lesson, a familiar figure came up and sat next to me.

Dave was impressed that I remembered his name. He shouldn't have been. There were at least four Dave's in his English 2010 class up at Utah State two years earlier, the one that I taught. Apparently Dave had swung down to visit some friends, and decided to come say 'Hi' when he noticed a familiar face on the front row of class.

"I wanted to tell you that I'm just about to finish an English degree," he said.

I was happy for him, but a little confused.

"Weren't you an engineering major?" I asked. I remembered him hauling around these miserable math books all the time.

"I was," he said, "But after I took your 2010 class I switched over to Technical Writing, and I've been getting A's ever since."

This poor kid was going to be unemployed for the rest of his life, and it was apparently my fault.

Of course, if anyone is worried about my influence on America's Youth, Wounded Mosquito Productions is still going to be running full bore while class is in session. If you overwhelm me with business over the coming months, I will have no choice but to set aside my Bully Pulpit and hole up in front of my computer working in PhotoShop. Or you could go solicit publishers on my behalf and sell them on the action-packed memoir I've been working on for three years now. There's a little something everyone can do. Think of it as a political campaign. 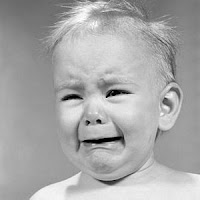 Just do it for the children.
Posted by The Professor at 8:26 AM