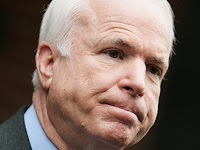 Election 2008: I think the Republican Party is chucking in the towel on the 2008 Presidential Election. How else can you explain how on one week the party can be criticized for failing to narrow a field of six candidates, then in one fell swoop the only man left standing is John McCain? Seriously, in order to lock up the White House for four more years, they are going to have to convince the general populace that in spite of the difficulties of the last eight years (earned or not), they have a fresh new face who will merit them another chance. And that face is…John McCain? 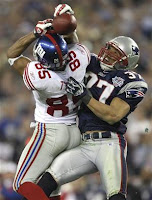 Super Bowl: For that reason and others, I get the feeling that I’ll be conducing my vote the same way I cheered for the Super Bowl: not that I wanted the Giants to win, more that I wanted the Patriots to lose. I can’t remember a time I’ve enjoyed a game so much just for seeing a team lose. Just for fun, here’s a link to the catch that made it happen: the one that is going to go down for the ages.

Night of the Living Dead: I have become a walking experiment in sleep deprivation. Years ago there was an episode of the X-Files where the government had run a secret program to develop a super-soldier who never had to sleep. 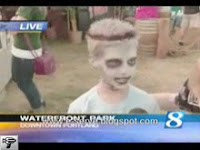 Turns out all they had to do was give them jobs in morning television. Two months ago, in preparation for my new job producing the KJZZ Café, I switched over to a 1-10AM work shift, with the idea that I would sleep during the day. Not so. My body still thinks I’m on a regular shift, so when I come home, I sleep for three hours or so then wake up. In the last two months I’ve averaged about four hours of sleep per day during the week. A month ago I went on a date and had to stop to pick up some Visine on the way so my date wouldn’t think I was high, drunk, or about to run the car into a ditch. Even now as I’m sitting here typing (11:14AM Monday), I have been awake since 7:30AM on Sunday. 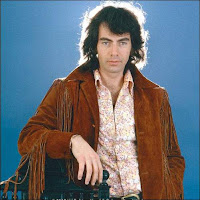 Night of the Napping Dead: One rare exception to this trend came on Valentine’s day, where after a full shift and broadcast in the morning, I came home, ate lunch (is it still considered lunch if it’s the meal I eat before bed?), and went to bed around 2PM. I didn’t wake up until 10:30. I slept through Valentine’s Day. Now THAT’S how to spend Valentine’s Day if you’re single. It stands as my second favorite VD day ever next to the time I played the USU dance with the Neil Diamond cover band.

(Does anyone else find it funny that Valentine’s Day can be shortened to VD?)

Retro Juice: Tab is one of the most foul, disgusting drinks to ever pass my lips. Last weekend, as part of an 80’s themed party my roommates and I threw—the “Super Fun Happy Pat Morita Memorial Kung-Fu Party Event”—we served some vintage 80’s beverages. I provided some bottled Orange Crush (inspired by the REM song), and my roommate Mark scored some Tab from a grocery store in Orem. That stuff was completely repulsive. It tasted worse than Diet Coke. No wonder it struggled to get out of the 80’s.

(Here’s another reason: check out this vintage Tab commercial. I just wish I could have been in the ad executive room when this thing was dreamed up.) 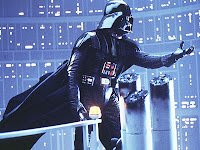 Method to the Madness (?): After reading my sister’s post on Love, and thinking about her “Love Triangle” theory, I may have come up with a comparable theory to account for the male perspective. Or at least my perspective. Now I just need to decide whether I have enough guts to actually post the thing. 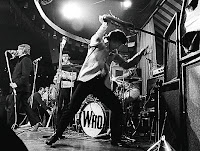 Five-Dollar Word of the Day—“Dichotomy”: The above theory and my current circumstances combine to create a very bizarre dichotomy in my life right now. Even though I am a thirty-one-year-old television producer with an advanced college degree, my choice of ward and my single status enable me to relate closely to TV shows like “Freaks and Geeks” and movies like “The Karate Kid”. Not in a, “I remember how hard high school was,” way, more in a “hey, I’m still dealing with that!” kind of way. In at least one sense, I’m still living in teenage wasteland.

Wrapped Around His Finger: On a more positive musical note, thanks to the diligent effort of two longtime friends, I will be seeing Jonathan Richman, Elvis Costello, and The Police over the next five months.

Impulse Buy: I almost dropped $30,000 on a red sports car. Maybe Teenage Wasteland as an adult is really a mid-life crisis, or more accurately (according to John Mayer) a “quarter-life” crisis. Either way, a week ago I came very close to buying a red convertible Honda S2000 on a whim. What was scary was that I probably could have gotten away with it, too.

Funeral Post-Mortem: Since my grandmother’s was my first funeral, I couldn’t help but constantly refer to the most complete funeral reference I had throughout the entire proceeding: the opening sequence to “The Big Chill”. The one where all of Kevin Costner’s old hippie friends leave the chapel and drive in a big caravan while “You Can’t Always Get What You Want” plays on the soundtrack. Maybe that’s why I played “Shine a Light” off the Exile On Main Street album when I drove over to pick up my parents that morning, and maybe that’s why I’ve thought of my grandmother every time I’ve heard the song since then.