Photographic Therapy in the Funk of 2016

The general consensus is that 2016 was awful. A quick spin through the big news items of the year offers a lot of evidence for the argument, and not all of it is connected to presidential elections or celebrity deaths.

On a personal level, I have to admit that 2016 threw its share of body blows. After a three and a half year run, the KJZZ Movie Show was canceled because of a network buyout. One of my favorite restaurants shut its doors forever, and I faced down a long-dreaded birthday in October. A lot of 2016 played out in a heavy funk, and not the good James Brown kind.

But it wasn't hard to find silver linings hiding in that overcast horizon. By the time fall rolled around, I had a brand-new niece and a brand-new teaching job up at Weber State University. And just before Christmas, thanks to the support and hard work of my buddy Chidsey, I launched a new YouTube channel for my movie reviews, because if there is one thing I know, it is that people need to have a place to watch artificial light reflect off my bald head on a regular basis.

Through all the ups and downs, photography became my therapy as well as my creative passion. Somewhere around the time winter transitioned into spring, I resolved to get out and shoot more often, and shoot I did. I'll post a few favorites below, but if you really want to see this stuff the way you were meant to, click this link when you're on a desktop computer (or at least a laptop), and then click the "play" button in the upper-right hand corner.

The year started off the same way as the last few, with a visit to the Sundance Film Festival and an anniversary for the KJZZ Movie Show. Eventually I got out and started some shooting, in spite of the bleak winter weather. My first real shoot came about two hours before playing church basketball for the Bountiful 19th Ward for the first time since 1998. Later I braved the elements with my buddy Dennis to do some night photography out by Morgan, Utah. 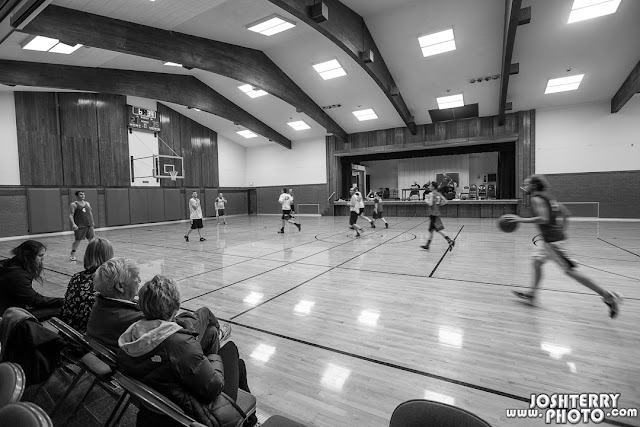 March brought a much needed Spring Break away from a challenging semester at Salt Lake Community College. I decided to take a quick road trip south, stopping first for an afternoon stroll through Goblin Valley before continuing to Capitol Reef National Park, where I rose early the next morning to photograph the Milky Way. Later that day I made quick work of the Calf Creek Falls hike, then continued to Bryce Canyon, where I once again dragged myself out of bed early to photograph the sunrise. Helpful travel tip: If you're traveling through the Capitol Reef/Bryce Canyon area in March, pack a lunch. Because nothing is open in the off-season.


I wound up spending a lot of time at the temple this year, both attending sessions and taking pictures. On a March visit to the Bountiful Temple I started another 2016 habit, and started compiling images for time-lapse videos:


In April my "get out and shoot" mantra really started to pick up steam, as I marched out into the high winds of a passing storm to photograph the sunset over The Great Salt Lake near Saltair. Then in May I took advantage of my friend Tyler's company Lagoon Day to do some long exposures of the rides just after sunset. 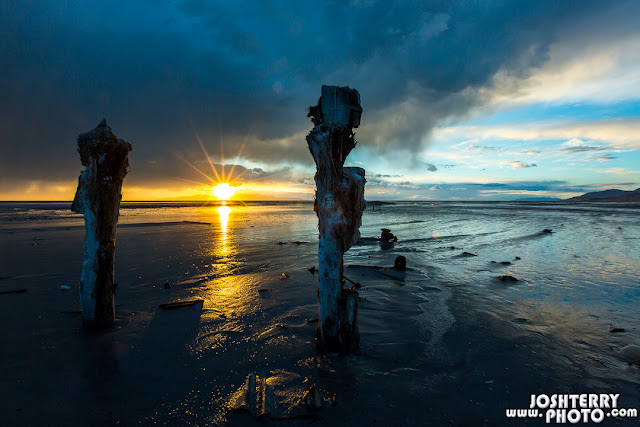 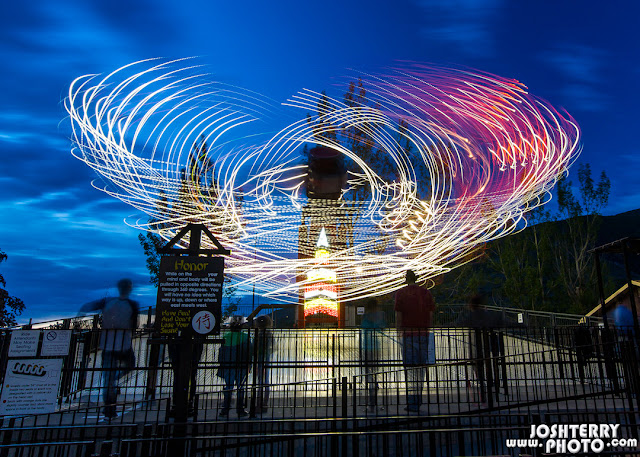 June confirmed the rumors: The KJZZ Movie Show was canceled. After a blast of a three and a half year run, our little (award-winning!) movie program was shut down as a result of a network buyout. We were given the heads-up earlier in the year, but soldiered forward as the sale was finalized in the hopes that someone might decide to keep the lights on. I still hope that some incarnation of the show might come together in the future, but if not, I have a lot of great memories to be grateful for.

As I marched through Summer Semester at SLCC, and plodded through a summer movie line-up that just seemed to fall flat, the 4th of July brought some much appreciated photo opportunities. I bought a few modest fireworks from one of those tent stores that pop up every summer, and recruited my nieces to help me add a human touch to the celebration. 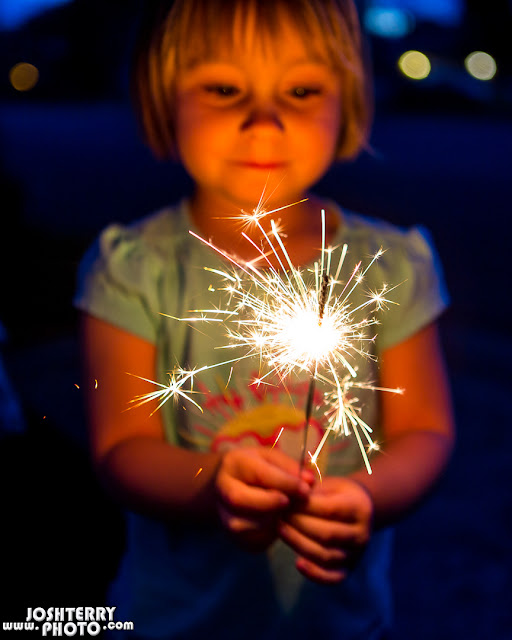 In July I also made my first return to Oregon since the summer of 2002, to attend my cousin Jessica's wedding. I left my camera at my hotel for the ceremony and celebration, but took advantage of multiple opportunities to photograph the beautiful Oregon coast. 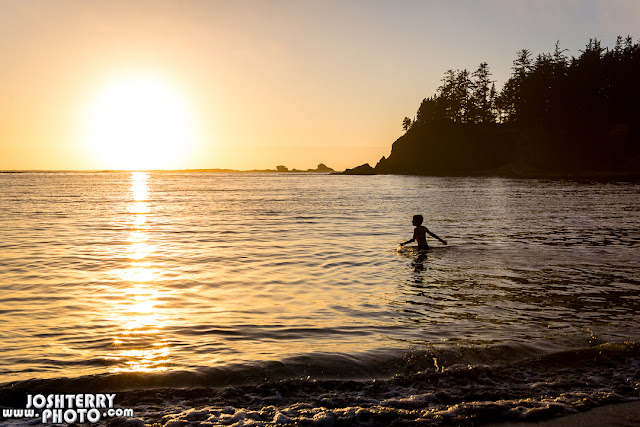 From time to time through the year I experimented with a post-production process called stacking, where multiple images were combined to enhance the impact of a particular subject. This technique especially came in handy when photographing LDS temples at sunset, since the temple lights usually didn't come on until after the sun had already gone down. I used the stacking technique to create this image of the Bountiful Temple during the Pioneer Day fireworks display at Mueller Park Jr. High, which also coincided with a dramatic wildfire out on Antelope Island, which you can see on the right. 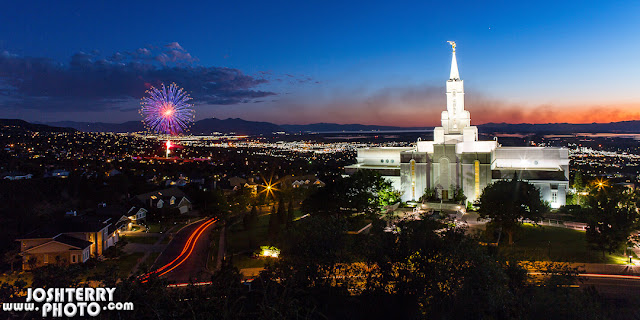 July was packed with great photographic moments, and one of my favorites took place in a remote area of southeastern Idaho called Willow Flats, where two of my best friends and their families invited me to join them for their yearly campout. After rising early to get some images of the sunrise, I returned to camp to recruit two of my friends' kids to help me create the peaceful scene below. 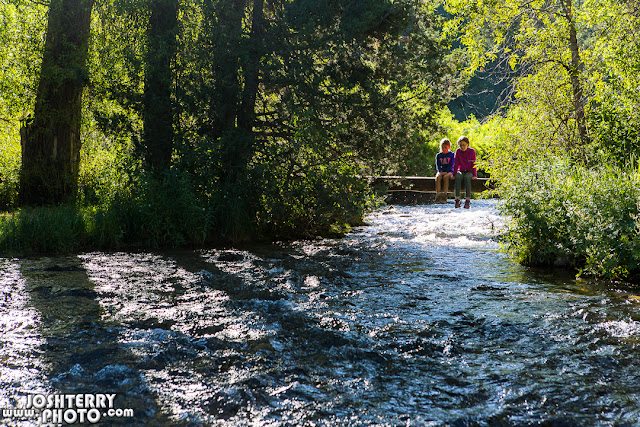 At the beginning of August I wrapped up my last summer course for SLCC, then took a quick trip to San Diego before starting a new semester at Weber State University up in Ogden. 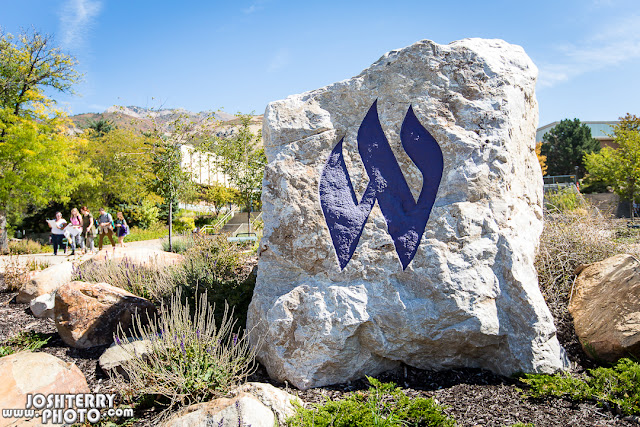 Fall brought more than a new teaching job. In September, my third niece arrived, and I made my annual visit to the Utah State Fair. 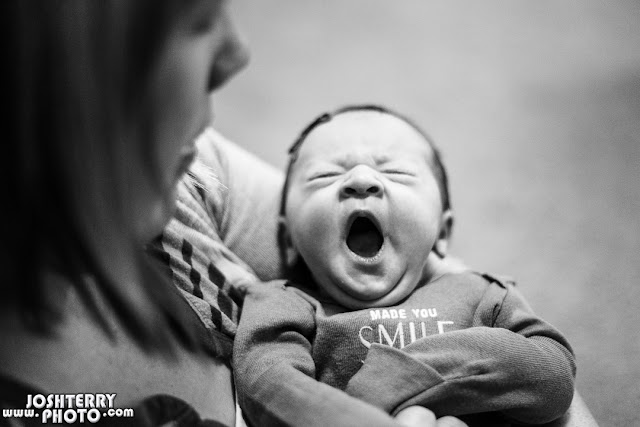 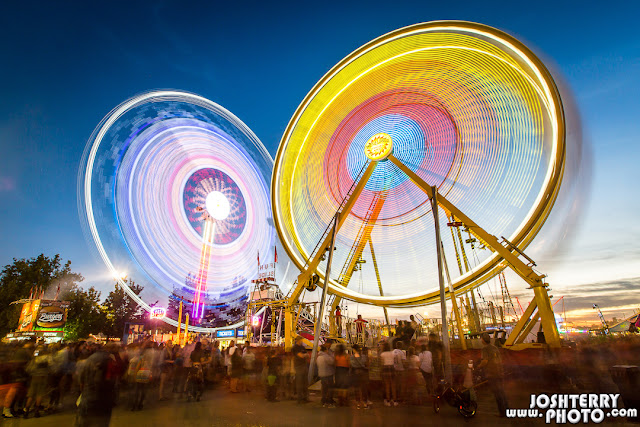 In October I finished a side project I'd been working on for several months. Earlier in the year I set a goal to photograph seven new LDS temples before my birthday, and after successful visits to the Brigham City, Draper, Provo, Payson, Oquirrh Mountain, and San Diego temples, I took a fall drive up to Cache Valley and finished my project at the foot of the Logan Temple, about a mile from where I attended grad school at Utah State University.

Late in October, the unthinkable happened: I turned 40. But thanks to a great party hosted by my sister, which included a compilation of personal letters from friends and family offering their condolences, the brick wall of middle age actually became one of my best moments of 2016. A couple of weeks later, I took a quick trip south to Cedar City with the Cheetahman, who was also celebrating his big 4-0.

By the time December ushered in the Christmas season, I was getting ready to wrap up a successful semester at Weber, launching my new YouTube channel, and looking for every opportunity to shoot that I could find. Often times my efforts led me to an old favorite, and one cold evening I returned to the same spot where I shot the Mueller Park fireworks to catch another sunset by the Bountiful Temple. 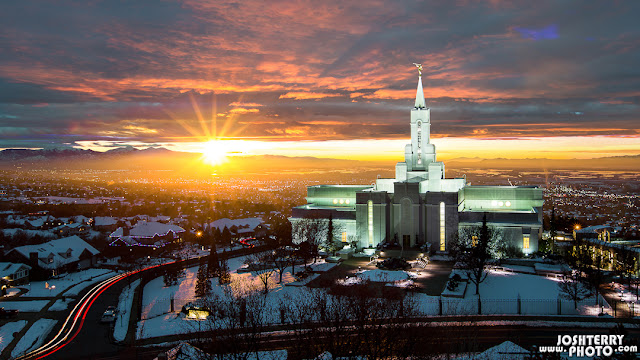 Christmas brought the lights on Temple Square, and after a pair of visits downtown, I combed through my archives to flesh out enough content to create a video I could match to my friend Dawn Black's arrangement of "What Child is This?" 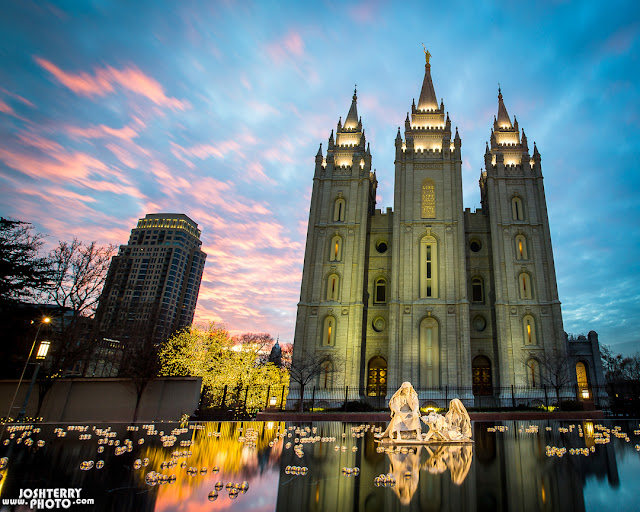 The morning after Christmas I lit out for one last trip to Southern Utah, tagging along with a trio of high school track coaches to hike through a snow-draped Bryce Canyon. 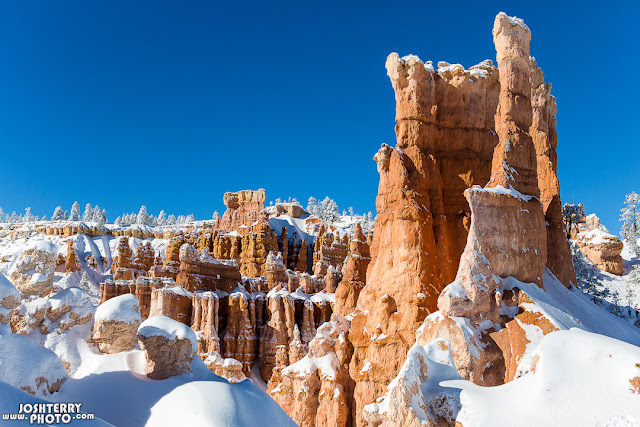 Once I got back and recovered enough of my strength, I finished off another short film, this one assembled from footage I shot during several of my photo shoots throughout the year.

Last year I said that life was a delicate tug-of-war between life's trials and life's blessings, and for a lot of people, 2016 swapped out the term "delicate" with "vicious." But I think the principle is still the same. In a way, I'm relieved that 2016 is coming to an end, but I wouldn't for a second suggest that this year didn't see a number of great things. Even if you just look at the titles for the Cleveland Cavaliers and the Chicago Cubs, I think one of the messages we have to take from 2016 is that anything is possible. And that gives me hope looking forward to 2017.

Happy New Year!
Posted by The Professor at 1:43 PM